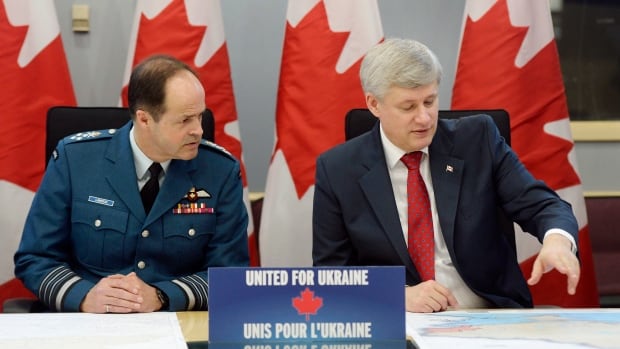 After months of requests for military assistance from the Ukrainian government, Stephen Harper has announced Canada will join a training mission to help Ukraine’s beleaguered military in their struggle against Russian-backed rebels.

The prime minister made the announcement at a staged photo call at the defence department and took no questions. Defence Minister Jason Kenney and Chief of Defence Staff Tom Lawson faced reporters later.

A press release said 200 troops will be deployed “on both a sustained and periodic basis” until March 31, 2017, to “develop and deliver military training and capacity-building programs for Ukrainian forces personnel.” It’s intended to start this summer, the release says.